Many professionals have been fired from positions in the past. Getting fired from a job can be embarrassing and anxiety-inducing, especially when you have to explain the reason why you were let go to a potential new employer.

While some employers won’t bother to broach the subject, others could view the termination as a questionable part of a candidate’s work history unless the issue is brought out into the open and discussed with transparency and honesty. So how should a candidate approach this topic? Below, eight professionals from Young Entrepreneur Council offer some advice about how to discuss your previous job loss so that you won’t dissuade a potential new employer from hiring you. 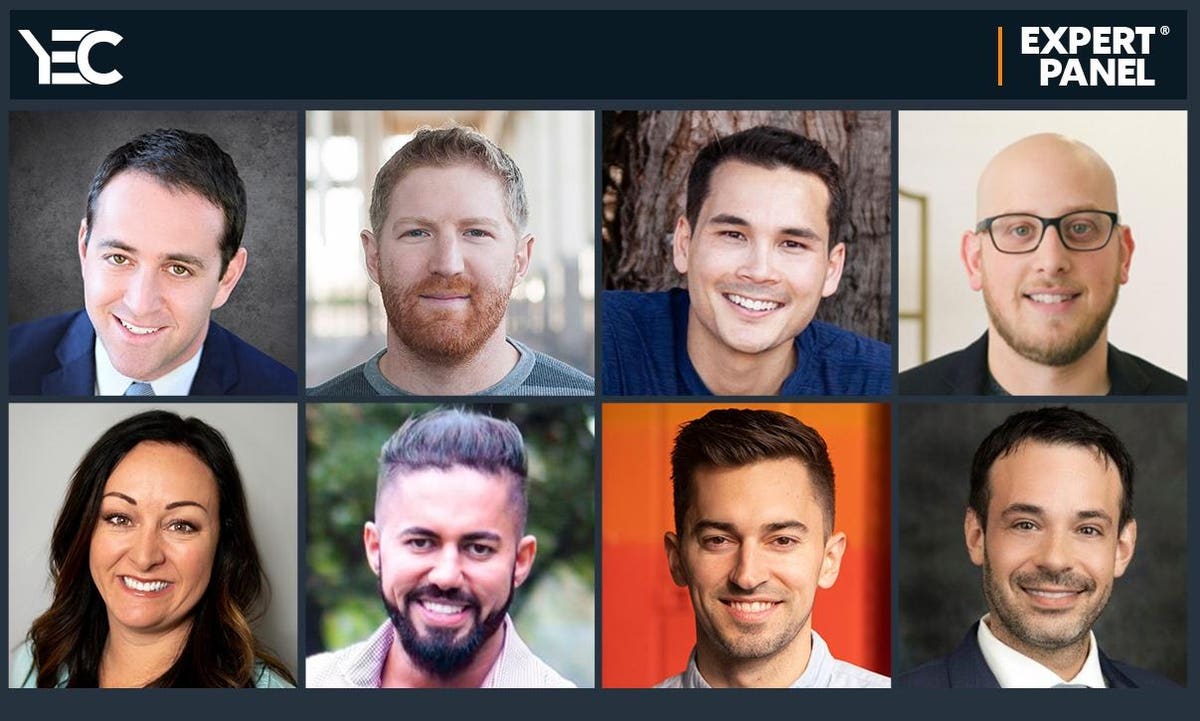 Young Entrepreneur Council members discuss how to talk about getting fired during an interview.

PHOTOS COURTESY OF THE INDIVIDUAL MEMBERS.

Honesty is always the best policy and a savvy employer will be able to find out if you are lying. Avoiding questions about your past employment also raises suspicions. Whatever the reason things didn’t work out, acknowledge it, talk about it directly and provide a reasonable explanation. Be candid, but there is no reason for a detailed account. Instead, speak about the experience and then move on. Employers typically want to know what you can do for them, so emphasize why your skills are the right fit for this job and emphasize all the ways you will be an asset for the new employer. – Evan Nierman, Red Banyan

2. Make Sure You Don’t Over-Explain

When explaining getting fired during an interview, make sure not to over-explain. Sometimes, you can get so worked up that you overindulge to the point of sharing so much that you make a bad impression. Everyone makes mistakes and getting fired is nothing to be ashamed of. You’re looking for a new opportunity and that’s great. State your reasoning and answer the recruiter’s questions as straightforwardly as possible. Don’t feel pressured to overshare because you could end up accidentally presenting yourself in a negative light. Be confident and share with the recruiter how you’ve grown since then. – Jared Atchison, WPForms

3. Think About The Positives

Ideally, you should not wait for the new employer to ask what happened with your former employer. Just tell the truth, but use positive words. Instead of “I got fired,” say “I parted ways with my previous company because…” As much as possible, don’t play the blame game. Focus more on the positive experiences. Bringing the issue up first tells your interviewer that you are transparent and trustworthy. Being fired doesn’t mean the employee is at fault all the time. As long as the reasons are valid and truthful, I don’t see any reason why an employer shouldn’t consider them if they are qualified for the job. – Kyle Goguen, Pawstruck

If you have been fired from a job and an interviewer asks about that job, I would focus on what value you provided there and what you accomplished. Don’t speak poorly about the company, but you can mention if something was lacking, such as support from your manager (Typically when someone gets fired they are already disconnected from that role and should have been looking for a new job anyway). Keep it positive. Keep the attention away from leaving and more on what you added while you were there. – Daniel Robbins, IBH Media, Bintana Sa Paraiso, His skincare

I believe in honesty and transparency. If someone is honest with me and tells me what happened with their ex-employer without bashing them, that goes a long way. I think it’s always best to take the high road, be professional and not talk negatively about where you worked or who you worked with. I recently interviewed someone who wasn’t honest about their last job and I found out they were fired. If they had just said it wasn’t a fit for them and they weren’t performing due to X,Y and Z, I would have looked at them differently. Instead, they bashed multiple employers and weren’t honest. It was a red flag and, needless to say, I did not hire them. – Jennifer A Barnes, Optima Office, Inc

Admit the failure and don’t be afraid to show your shortcomings. It’s very easy for people to become defensive when talking about their termination. They may project blame on their former co-workers, employer or the situation in general. Many times though, that’s just misdirection and a red flag. When we recruit new talent who have been terminated in the past, we expect them to be candid but also painfully self-aware about what they did wrong and how they would address the situation in the future. Sometimes your peers or manager make a job harder, but how can you overcome that and still succeed? Life isn’t always fair. The best candidates acknowledge that and find ways to break through those hurdles instead of blaming everyone around them. – Firas Kittaneh, Amerisleep Mattress

Be super honest and open. Also, share what you would do differently now. Sometimes getting fired is about you and sometimes it’s about the situation. I had to fire someone in the past because they were ineffective in their role. Upon reflection, I realized they would do well in a company where they had a manager with a similar role so they could have very specific coaching. They needed peers around them with similar jobs so they could thrive on the camaraderie. Other people thrive on reporting to someone who’s more of a generalist. They love having creative space to work. Most hiring managers know that what works for each person can be different. If someone gets fired because it’s not a good fit, it can be a huge step in them learning what environment they need. – Cody Candee, Bounce

8. Focus On The Future

Keep it short and focus on the future. Don’t drag an interviewer through your horrible, toxic work situation or a personal problem that pushed you to move. State the facts and then outline what you took away from the experience that you plan to incorporate moving forward into this new role. Even if you had to pivot into a different field temporarily, you could share something along the lines of, “While I worked in online sales for a short time, I quickly learned the power clear communication has with helping others. I can’t wait to see how this new skill translates into working with teams again.” – Matthew Podolsky, Florida Law Advisers, P.A.

This article was first published in Forbes Entrepreneur.